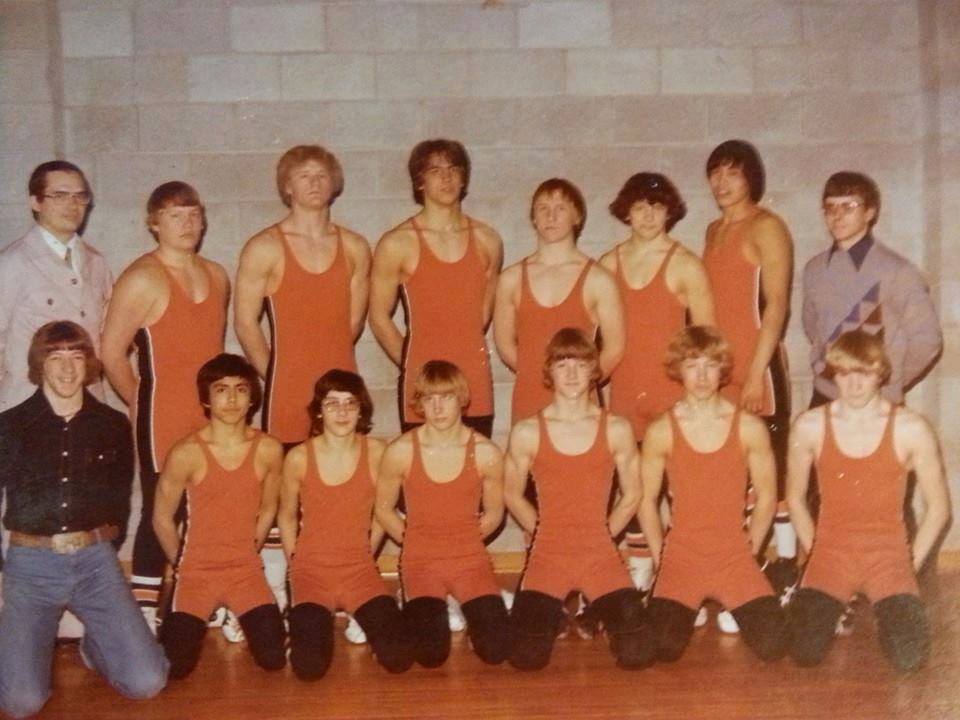 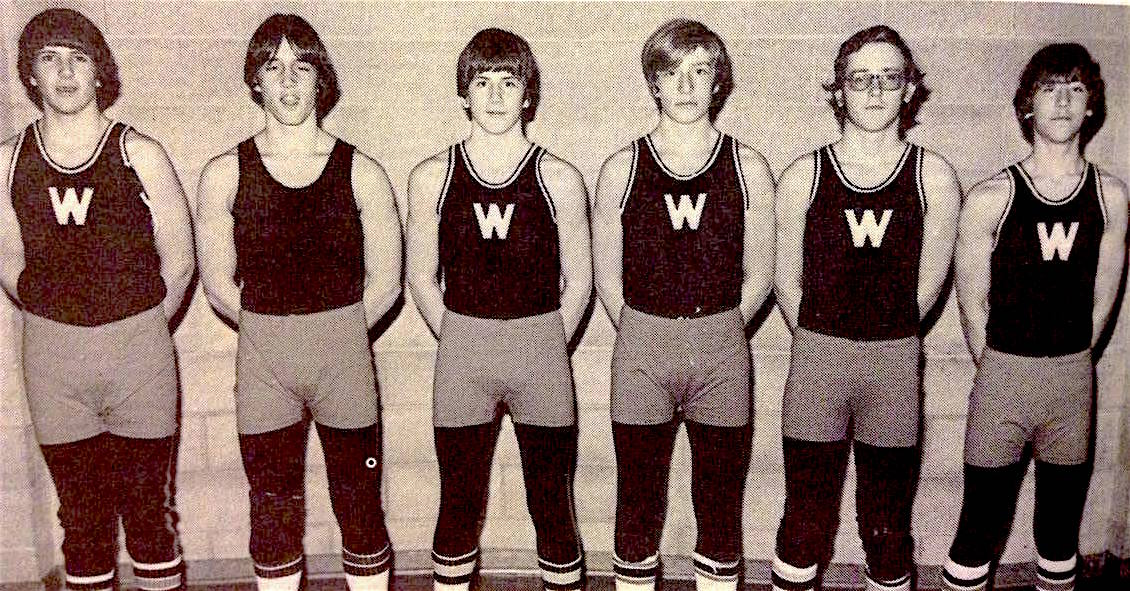 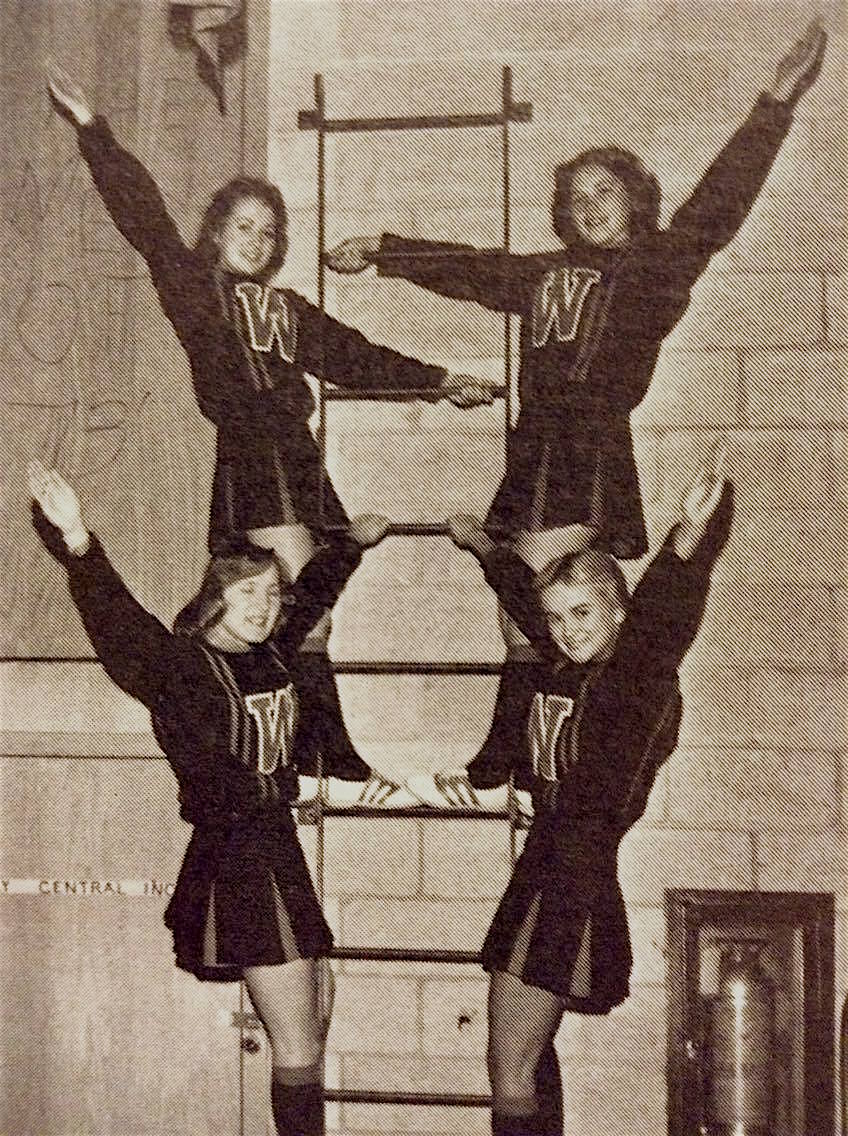 Top of the ladder, L to R: Kathy Briggs and Pam Torud. 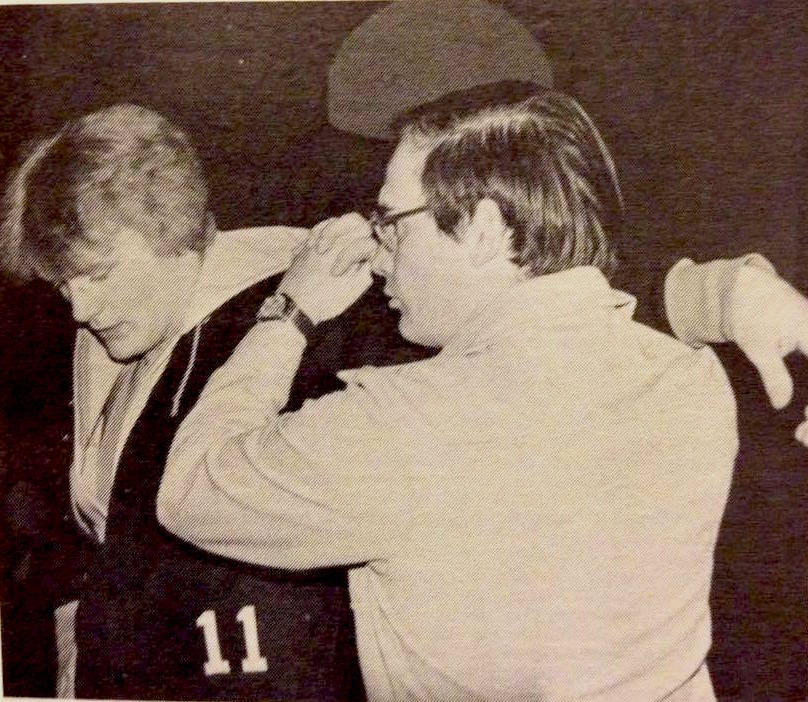 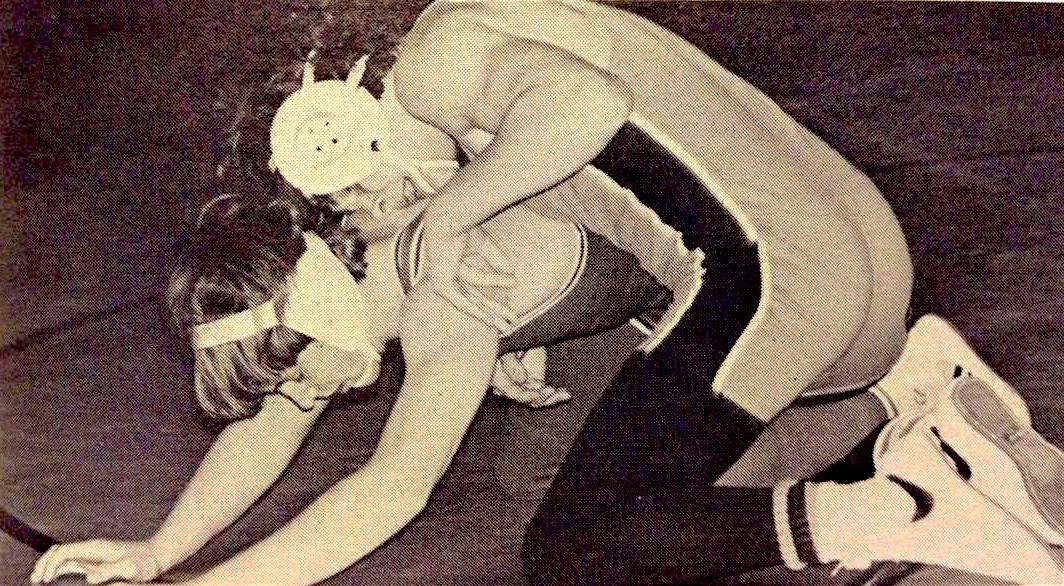 Off the whistle, Scott Kulig starts working over his Eleva-Strum opponent. 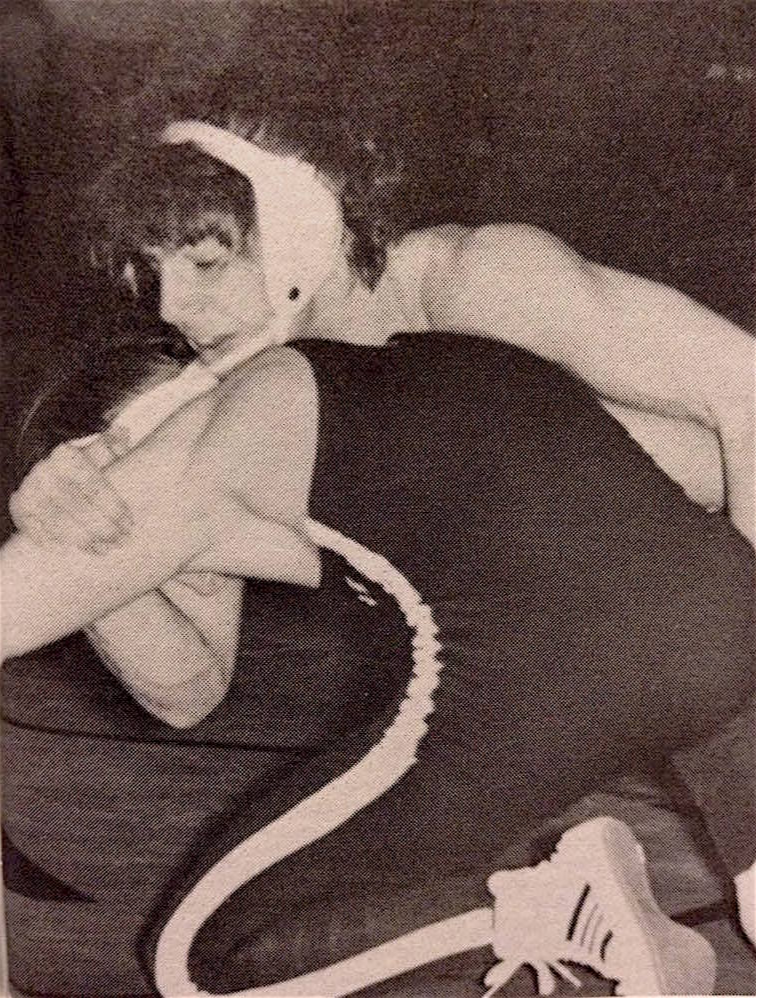 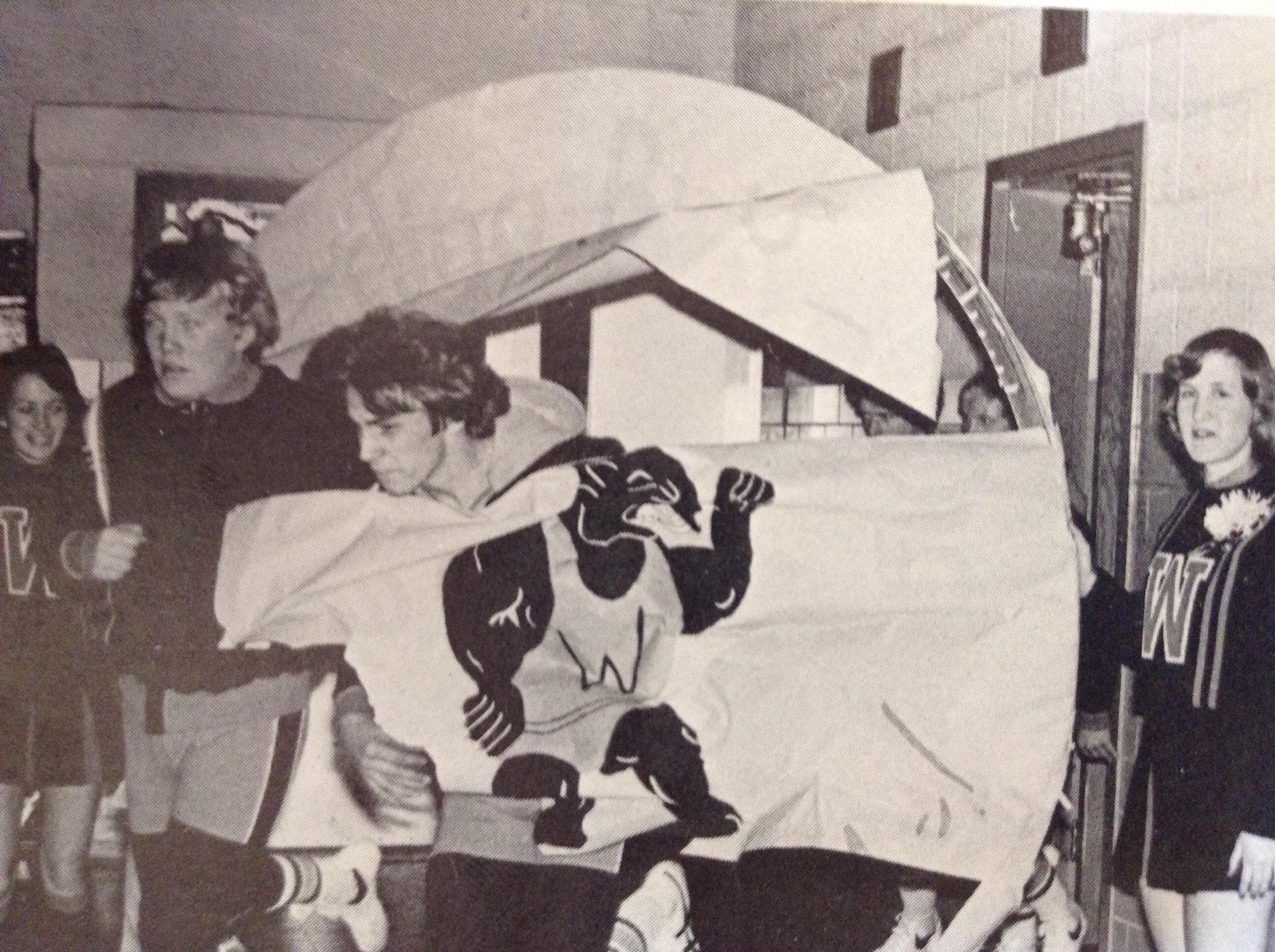 Parents Night vs Eleva-Strum. Rick Paulson and Scott Faldet smash through the hoop ready for battle. 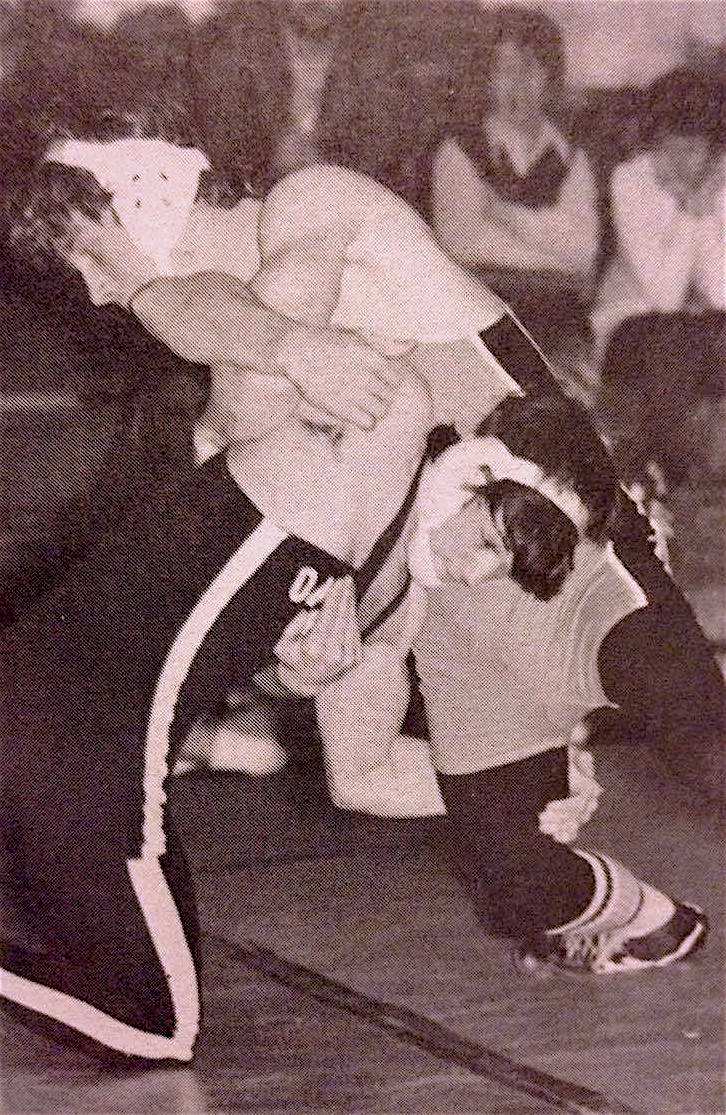 Mike Anderson working his guy to the mat with a cow catcher. 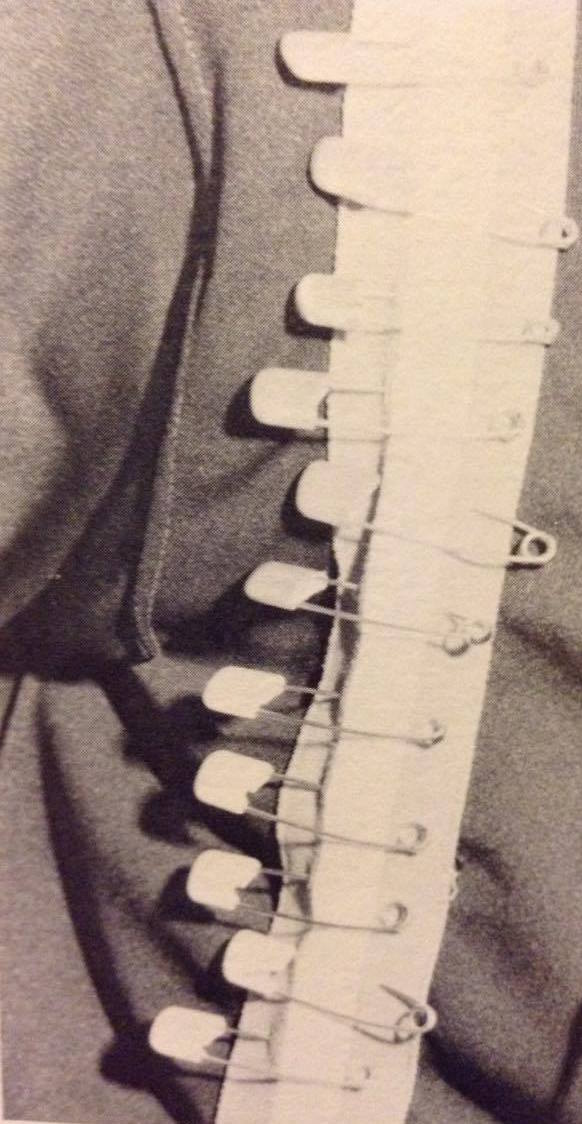 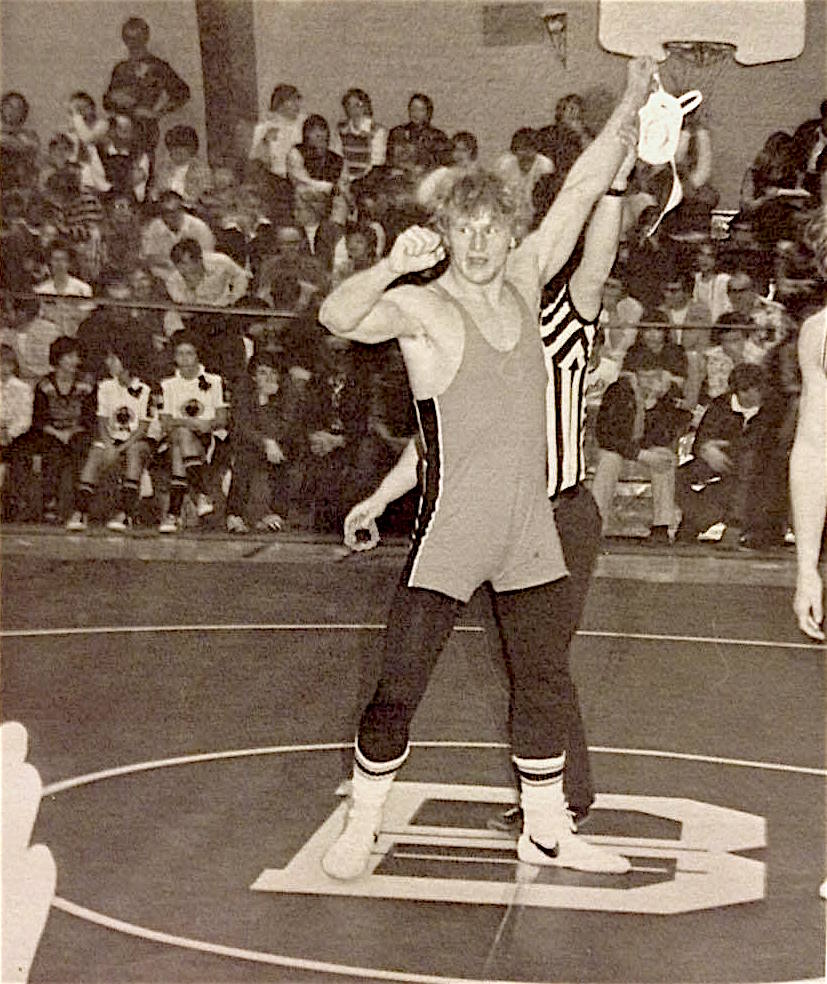 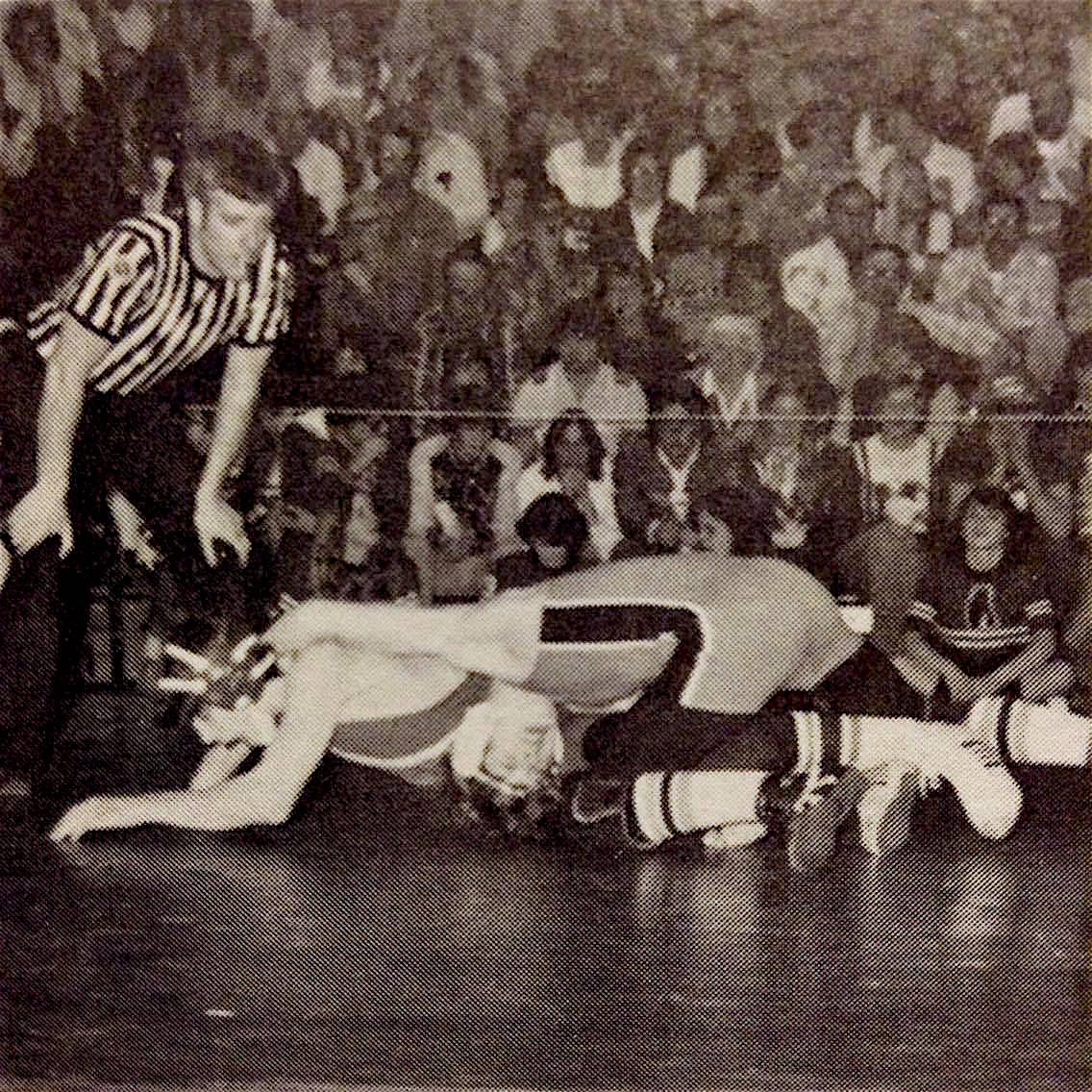 At the La Crosse Sectionals, Mark Koxlien is searching for a fold the table cradle against his Iowa-Grant opponent. 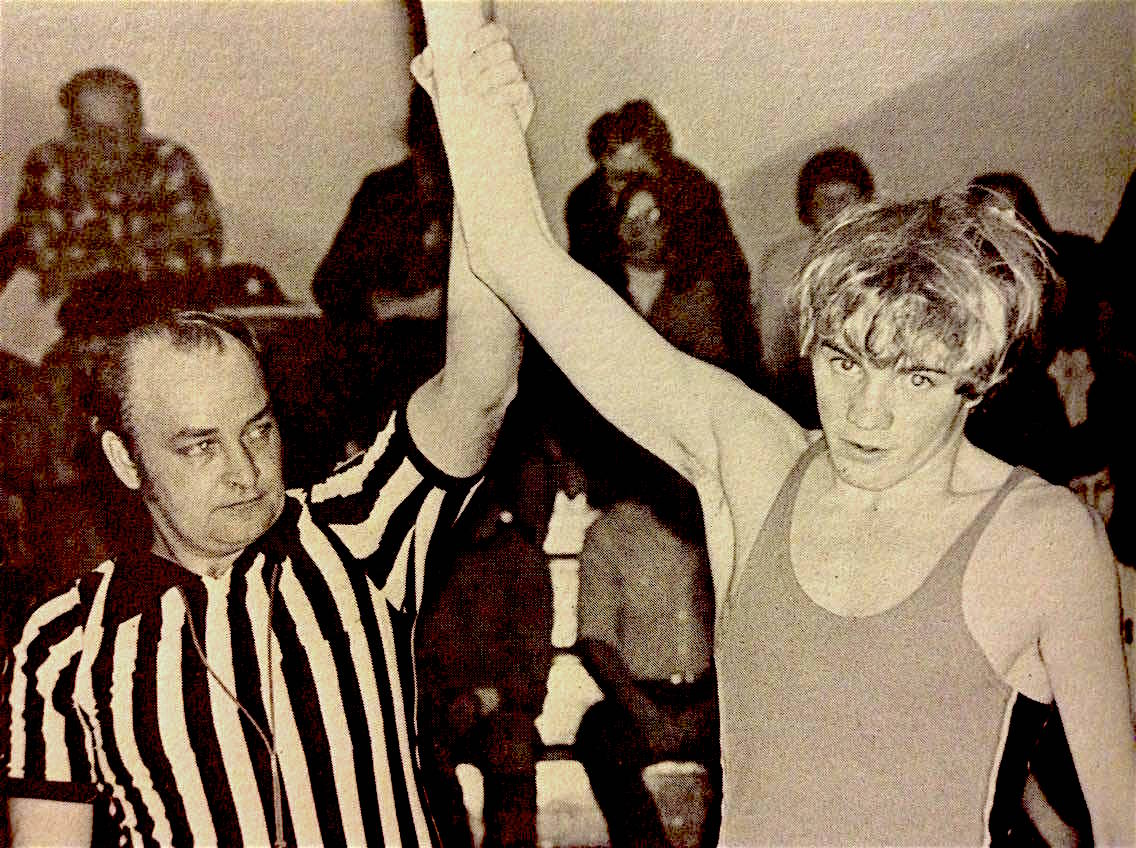 40 Seasons Ago: "Rubberband Men" 1976-1977.... First year Head Coach Brian Borreson, his Assistant Coach Tony Brickner and the wrestlers slingshot the program from a 5 and 8 finish a season earlier to a 8 and 5 finish this year. Led by First Team All-Conference wrestlers Alex Hernandez (#98, 7W-0L), Jim Bautch (#132, 7W-0L), Connie Gromoff (#138, 7W-0L) and Second Team All-Conference wrestler Bruce Berg (#185, 5W-1L) the Norse place second in conference as a team, going 5 and 2. At regionals, the team placed third behind Arcadia and C-FC.

In duel action, the team took a tough beating from Arcadia and dropped the next two duels in very close contests. After that stretch, the boys went on a march through the area beating Blair, Mondovi, Osseo-Fairchild, Eleva-Strum, Alma twice (41-18 and 49-12), Alma Center (55-6) and Brookwood (45-15). Little did the boys know that the deciding duel for conference came early in the season against Indee where they lost in dog fight (28-33) in the yearly Battle of 121. Other team accomplishments came in tournaments where the Norse placed third in Onalaska (Jim Bautch Champ, Gromoff 2nd, Hernandez & Paulson 3rds, M. Koxlien & Anderson 4ths), fifth at the Dairyland Invitational (Hernandez, Bautch, Berg 3rds, Gromoff 4th), and sixth in the West Salem Panther Invitational ( Bautch Champ, Hernandez 2nd, Berg 3rd, M. Koxlien & Paulson 4th).

Surviving to move on to La Crosse Central sectionals were Hernandez, M. Koxlien, Bautch, and Berg.

This team was loaded with talent up and down the roster and added much to the legacy of success for the Norse wrestling program.