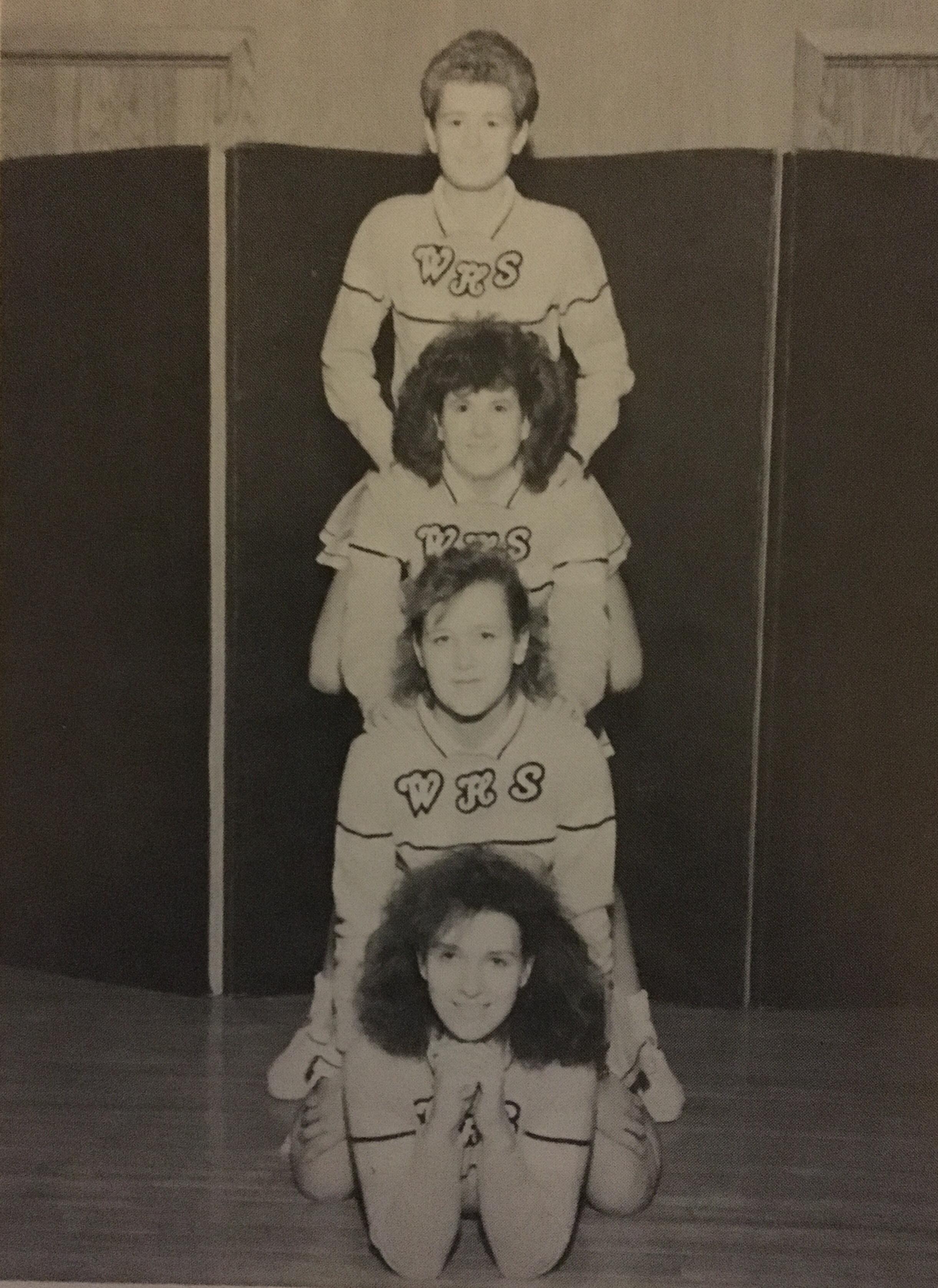 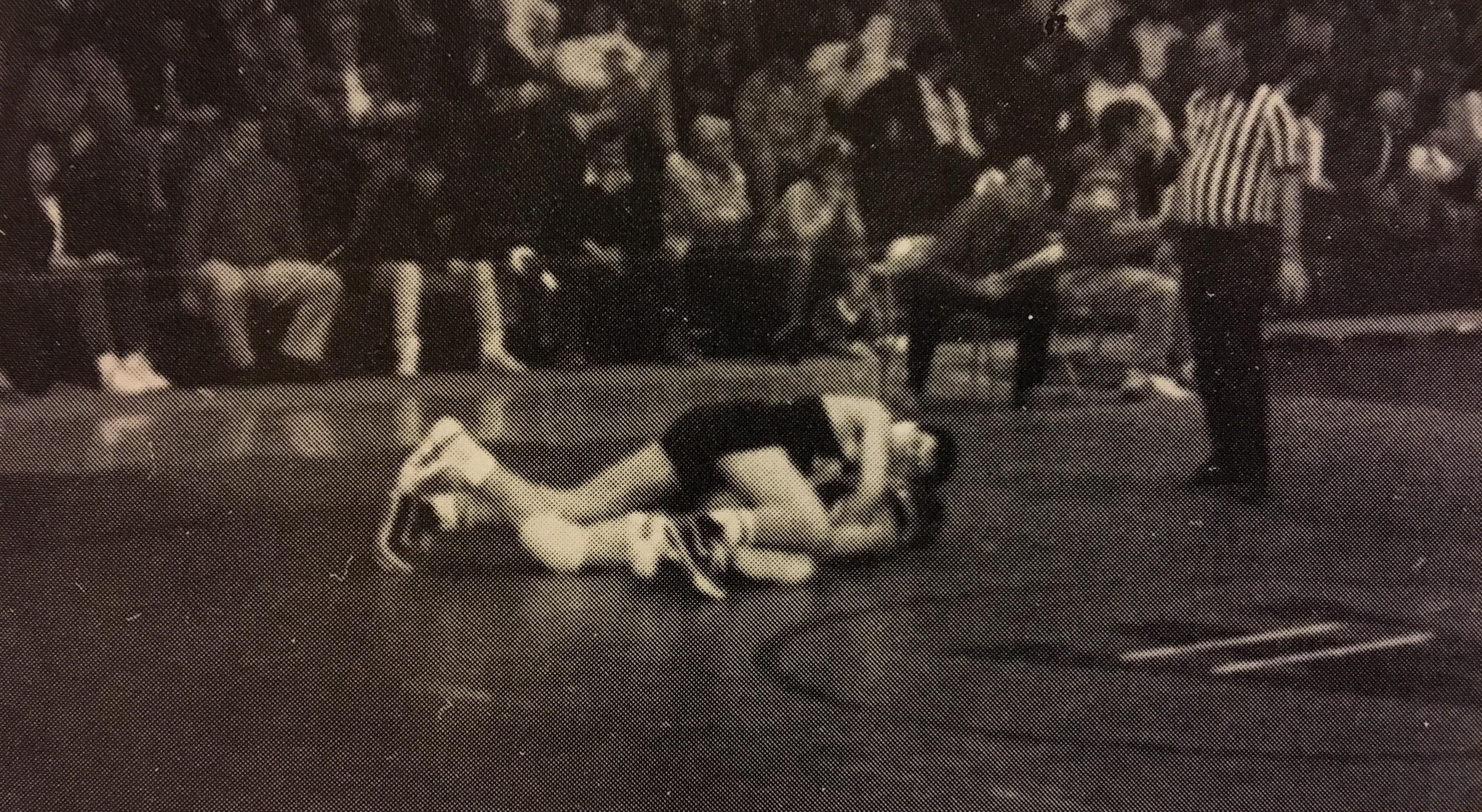 Jim Powell in Control of an Independence Wrestler.

This is Coach Hauser's seventh season at the helm of the Norsemen Program. As Coach's program management style has been implemented, team performance has improved incrementally every year. This team is in the later stages of a rebuilding project that started after a heavy senior loss in 1986. Wrestling participation was high, and the skill level of these guys has been increasing. A larger core of solid underclassmen are being helped out by several experienced senior wrestlers (Jerry Leque, Jeff Elliot, Dan Guse, David Lyngen, and Keith Schaefer.) in this season.

The Norse ended up 4th in the Dairyland Conference Tournament and 5 and 10 overall for the season. Led by a core of steady performers in Craig Thompson, Dan Guse, Keith Schaefer, Jim Powell, Dave Lyngen, and Paul Sosalla the Norse took wins against Alma-Center, West Salem, Onalaska Luther, and Elmwood-Plum City. The Mat Men had a good non conference duel with Eau Claire Memorial that ended in a narrow loss. A 1st place team performance in the Whitehall Triple Duel Tournament was a highlight of the duel season.

In the post season the team finished 4th at the Regional tournament held in C-FC. Dave Lyngen got the farthest for us this season surviving the regionals and earning sectional qualifier status.

This is the calm before the storm. The freshmen on this team will deliver Coach Hauser the first Dairyland Conference Championship in his era of program history in their senior year. The pieces are falling into place for the most successful run in Norse history. Great success comes in small improvements every year. This team did their job. Good work men.