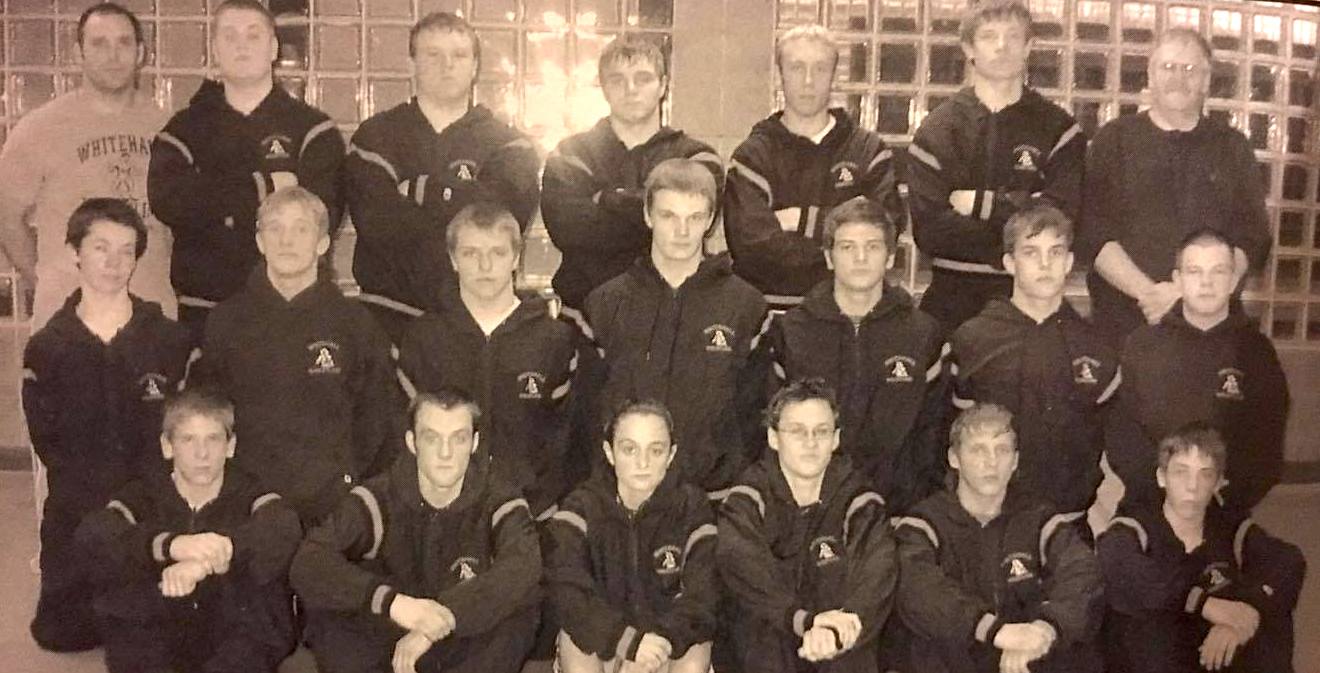 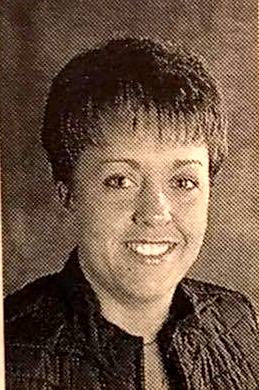 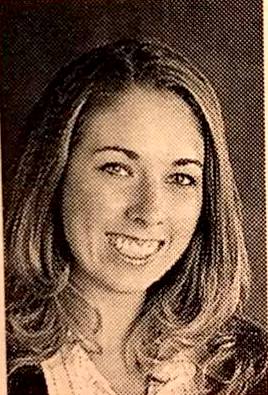 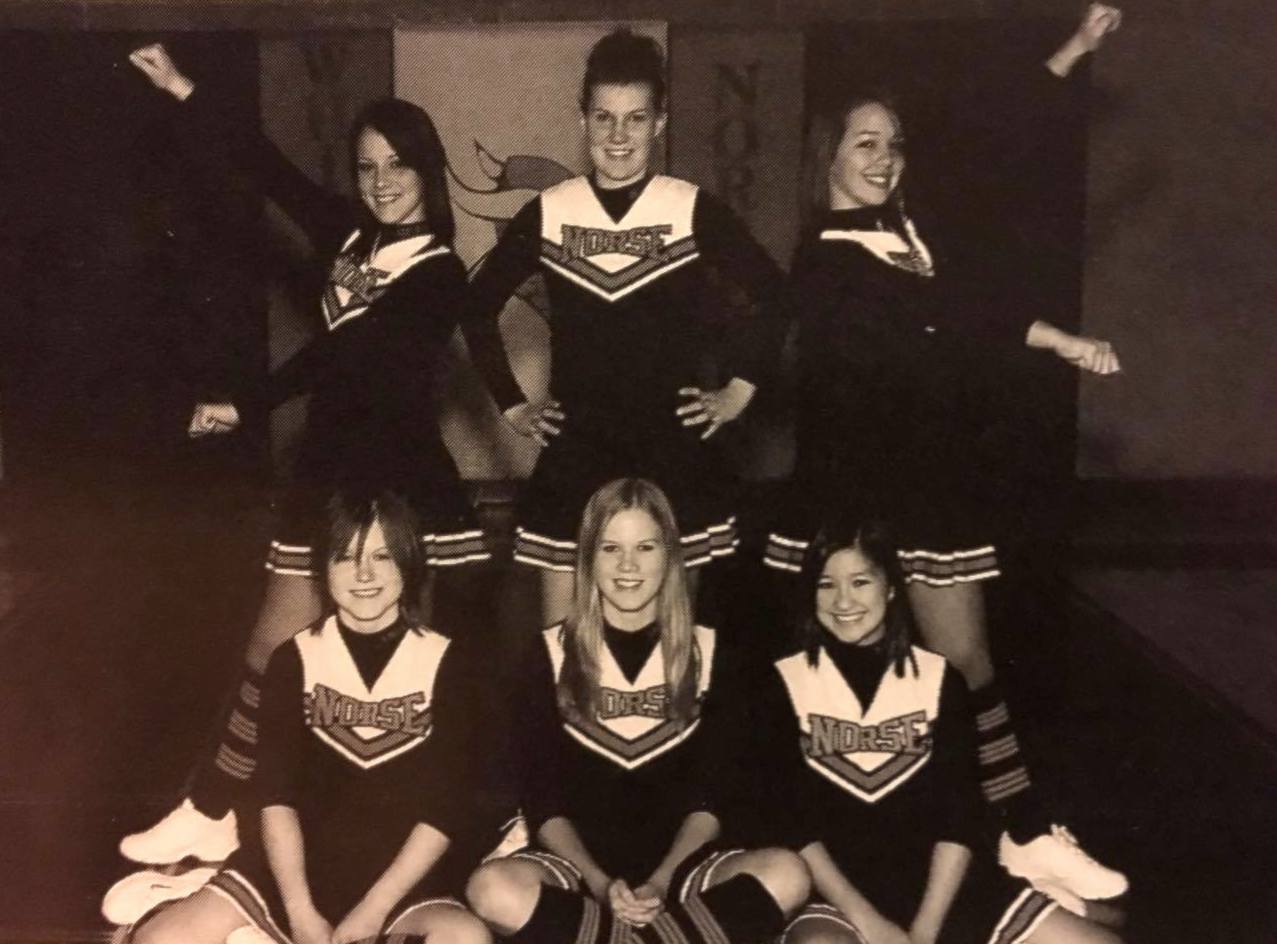 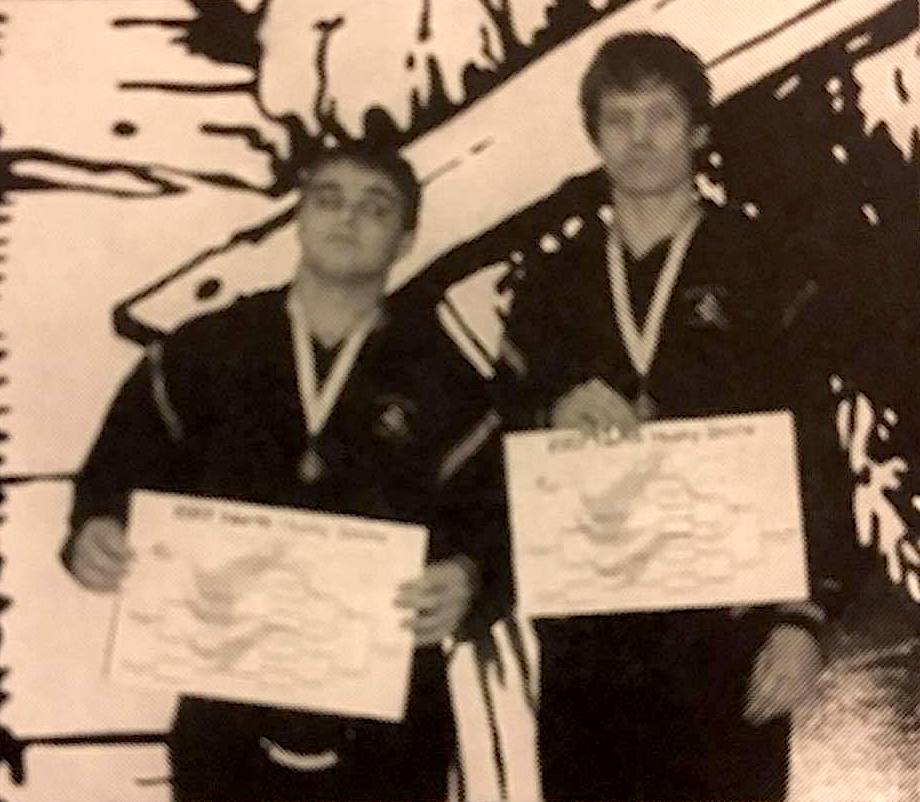 Caleb Tamke on the attack 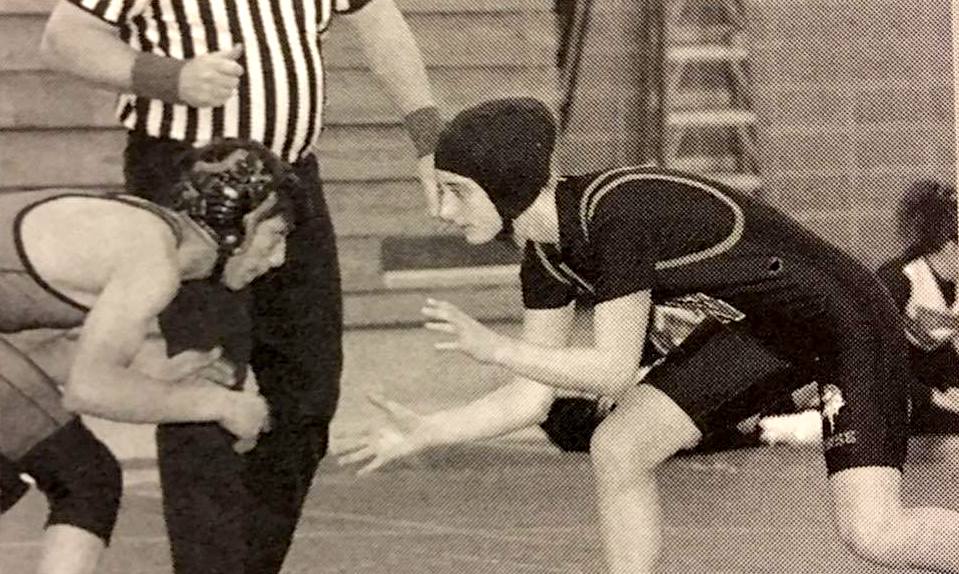 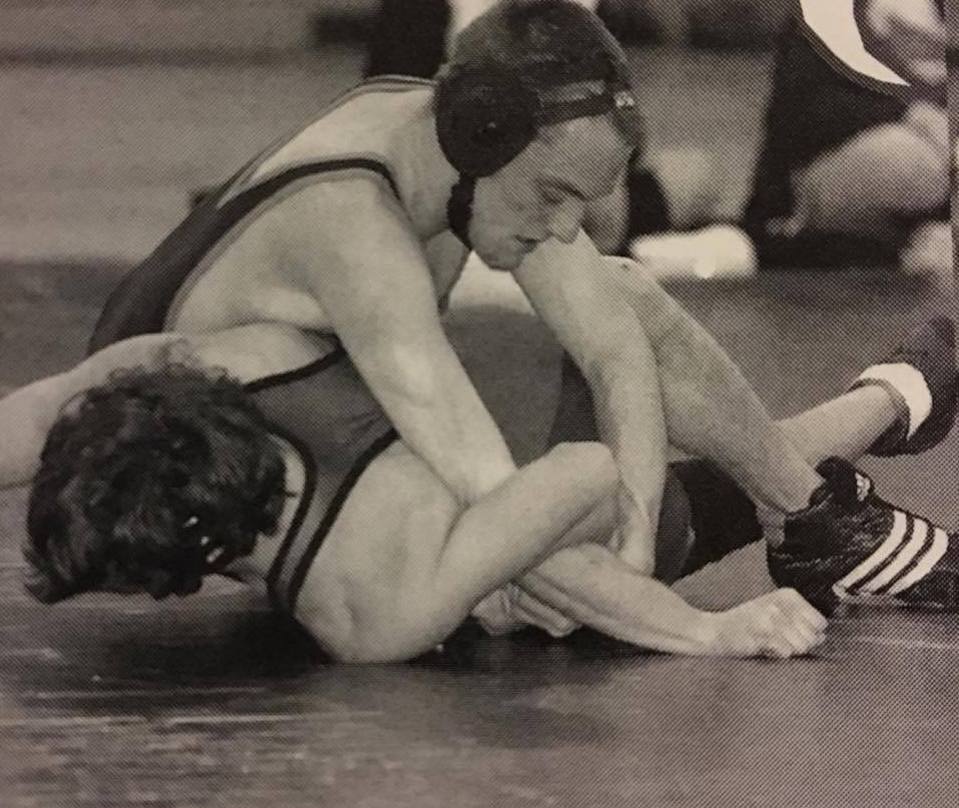 Derrek McAnallen Laces up an opponent. 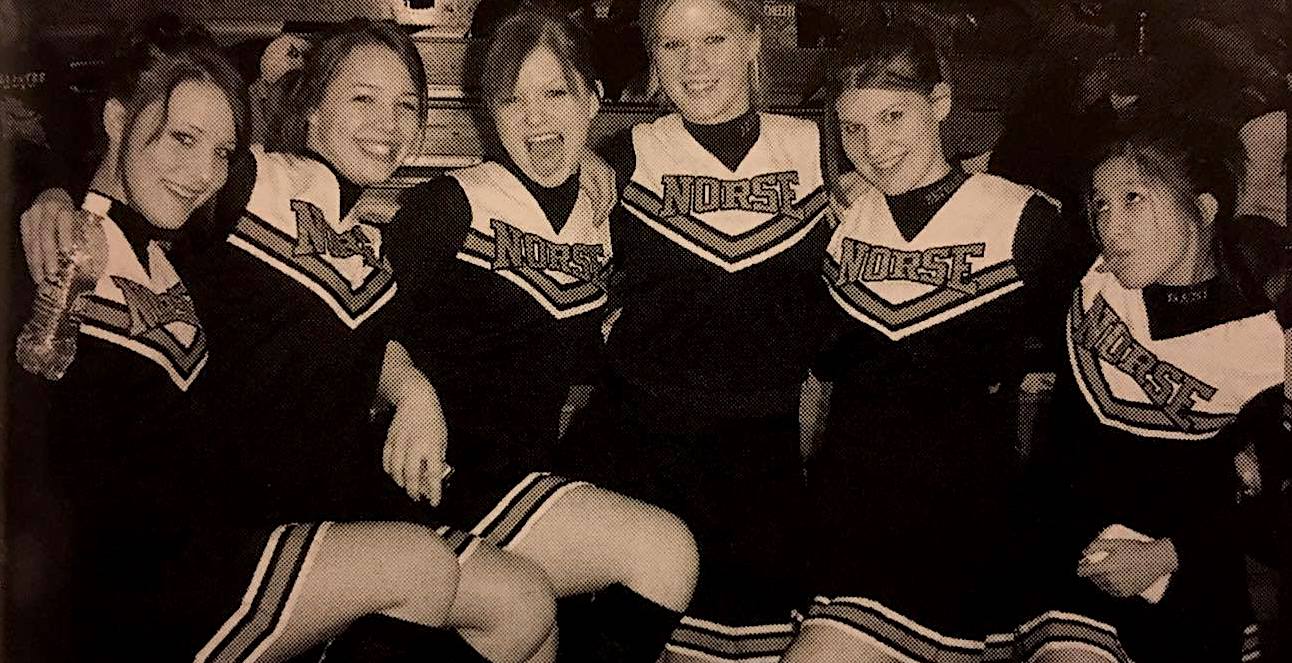 Cole Myren is Close to an escape.

Justin Bloom is about to put away his guy.

The Cheer Squad at the Holiday Tournament 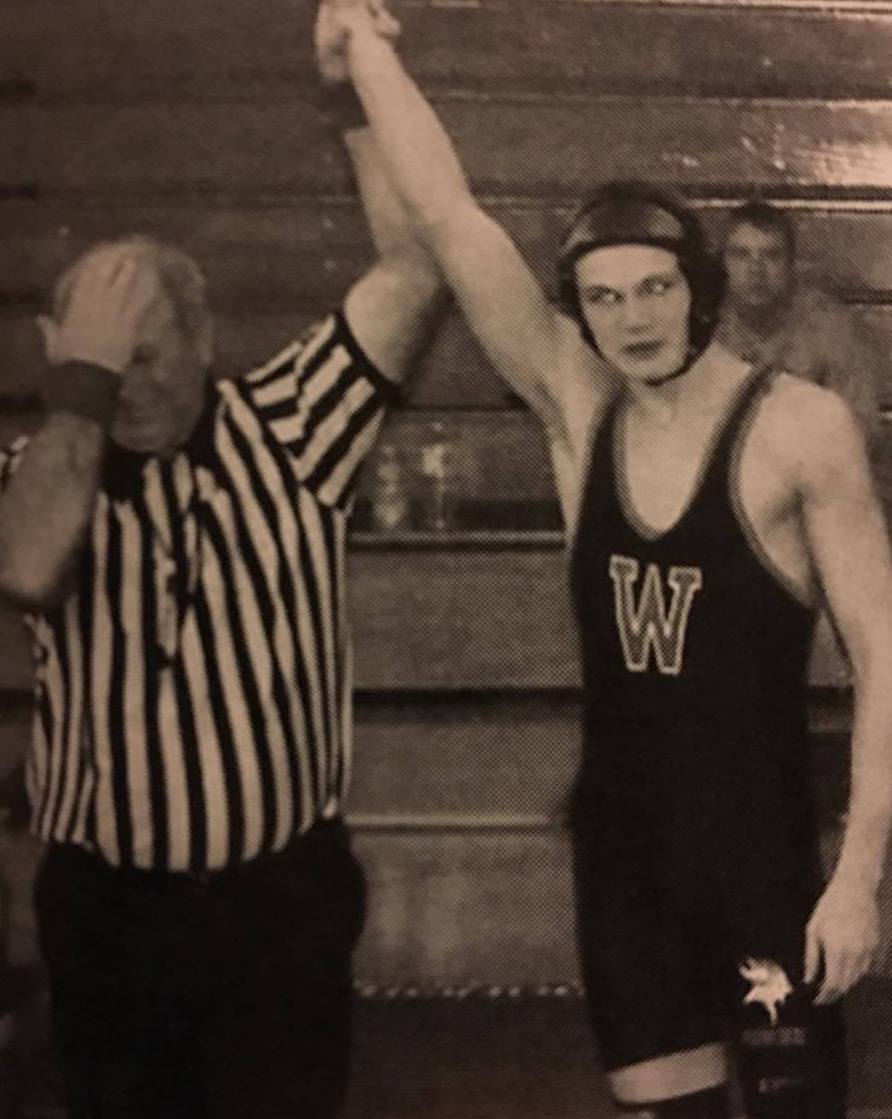 Nate Brown gets another win. 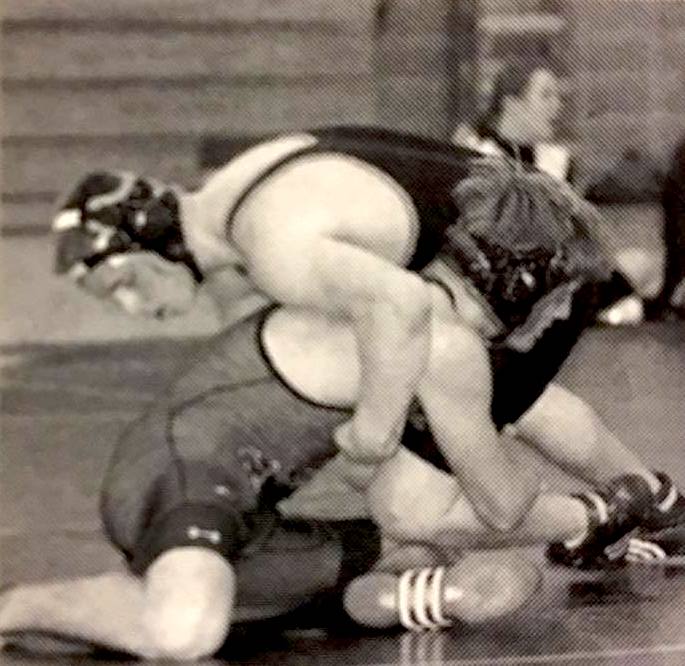 Chad Stellpflug in a scramble. 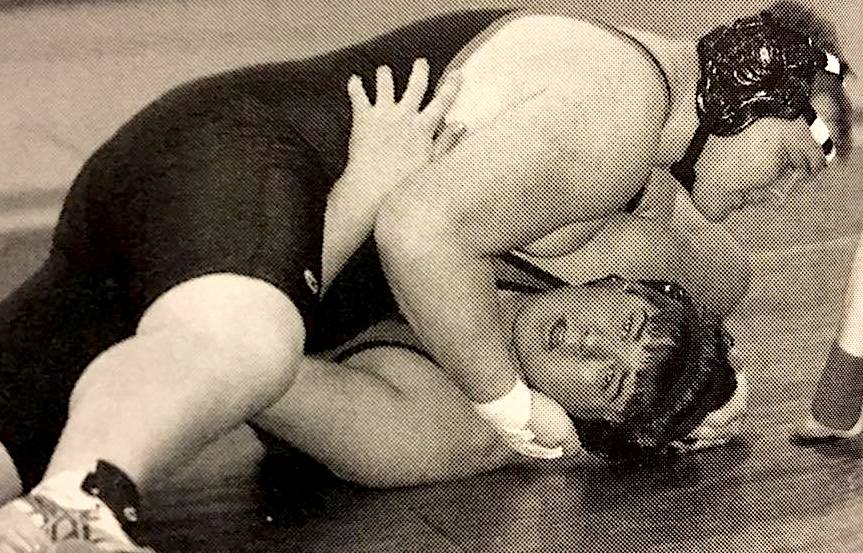 Dillon Sylla showing why he was rookie of the year. 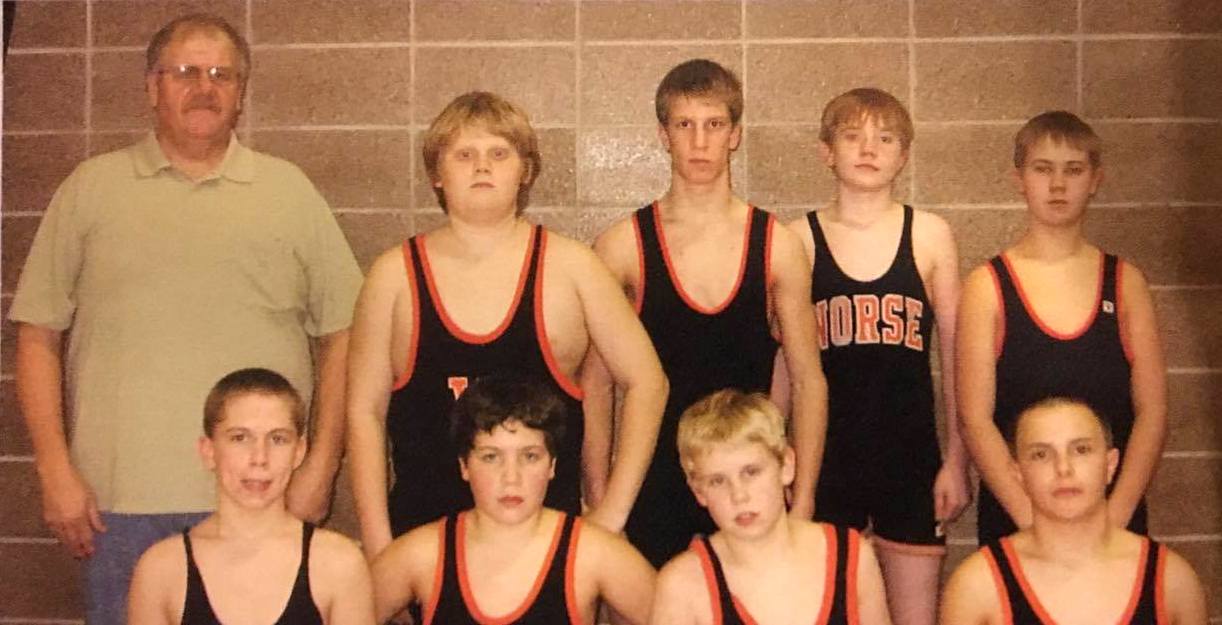 10 Seasons Ago: "Pop, Lock, and Drop 'Em" 2007-2008.... Aggression... The pure unadulterated love of aggression would define this team in its' place in Norse history. This team would eventually produce two top 4 individual WIAA state finalists (Wes Dubiel, Cole Myren. A third state qualifier in Joe Sygulla. Two state ranked wrestlers in Wes Dubiel, and Dillon Sylla. There will be five of these wrestlers in the military: Ben Kissinger a Marine, Cassie McAnallen in the Navy and Jake Humphrey, Cole Myren and Luke Schultz in the Army. There was a college / semi-pro football player in Tyler Bortle.  Then there were two guys that went on to have an MMA career; Kevin Lasiter, and Wes Dublel. Let me catch my breath.... Ok There were 7 all-conference wrestlers. 4 sectional qualifiers. Then in this wrestling room of toughness comes our first female wrestler Cassie McAnallen! There will  also be two career 100+ match winners, and a freshman with 25 wins! THERE WERE 10 WRESTLERS THAT EARNED THE IRON MAN AWARD THAT YEAR! Just crazy tough. Coaches Peterson and Klonecki had a tiger by the tail in the practice room.

Our cheerleaders were loud and were true wrestling fans, they were Ashley Kurth, Bethany Maassen, Tabatha Schultz, Angeline Frei, Jenna Fremstad, and Dani Peterson. Cheer Coaches Beighley and Lewis did a great job this season.

The Norse had a successful WIAA tournament series. The Regionals were held in Whitehall. The team placed a respectable 4th. Wes was the #215 Champion and qualified for regionals.  Joining him was Dillon Sylla. Moving on to the Sectionals held on the UW-Eau Claire campus Wes worked his way through his bracket and became the Program's 7th State Qualifier.

Coming into the State tournament as a lower seed, Dubiel had to take the hard road through the event. Wes fought his way to 4th place being the first top five finish since Roger Bautch's 2nd Place finish in the 1980-1981 season.

This was a milestone season. The quality of wrestling was very good. Wes Dubiel ends his career 105-30. A three time sectional qualifier and two time state qualifier. Joining him in graduation was steady wrestler Kevin Lasiter and workhorse / perennial winner Derrek McAnallen. Three time sectional qualifier. The team was very hungry and will go on a several season winning run for Coach Peterson.  The future looks very, very good. Thank you wrestlers and cheerleaders for your contributions.