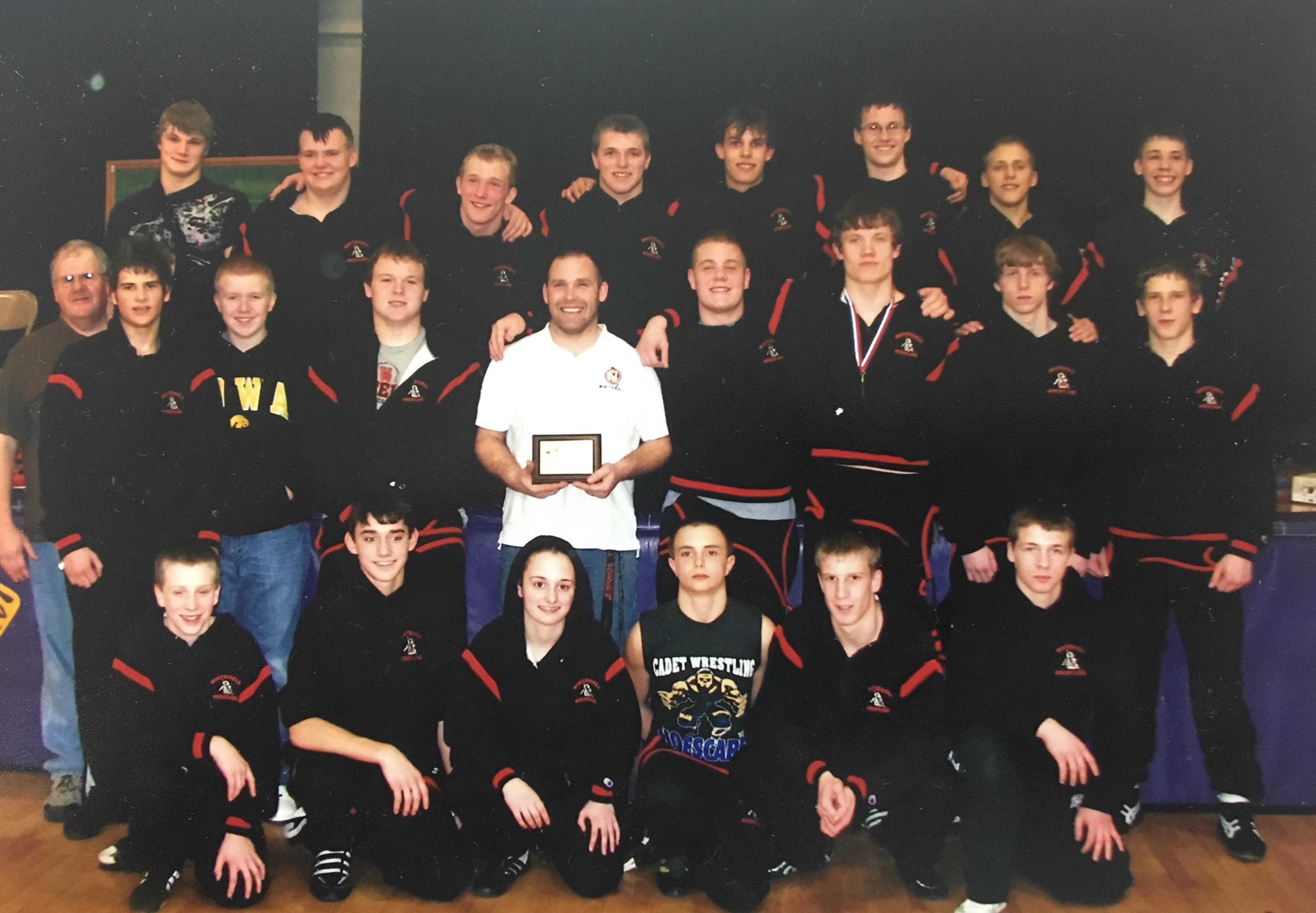 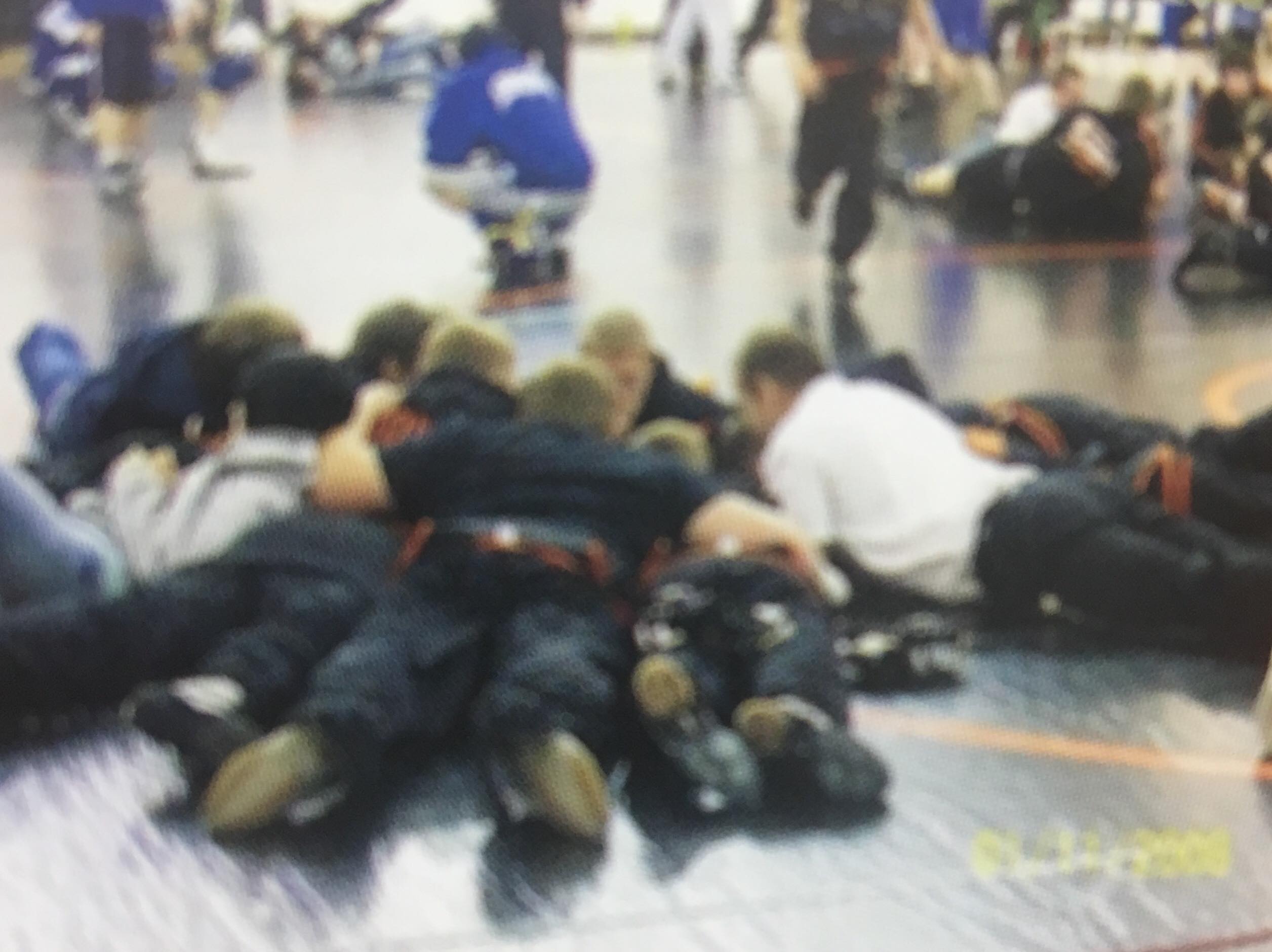 Durand: 1st place as a team. 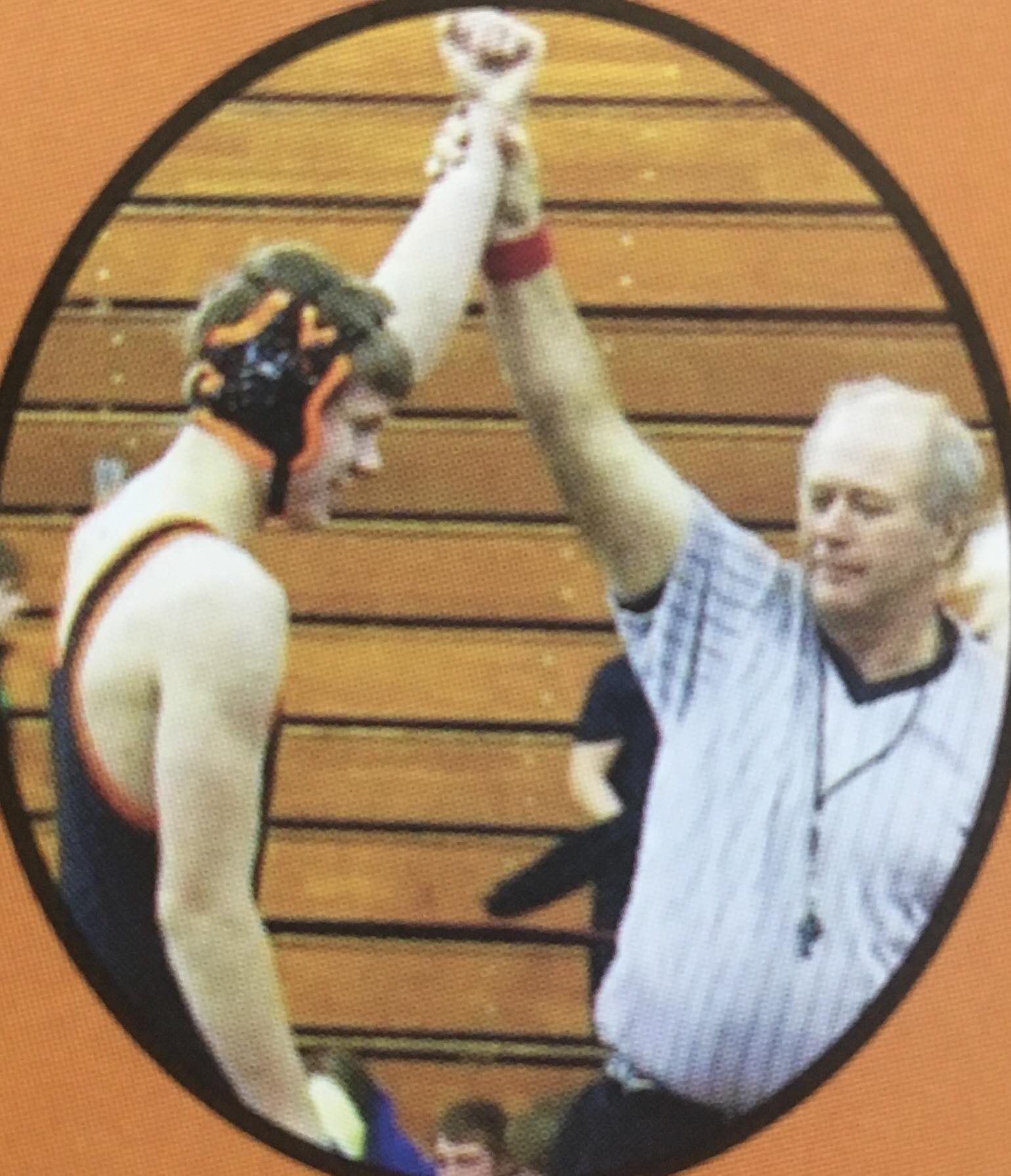 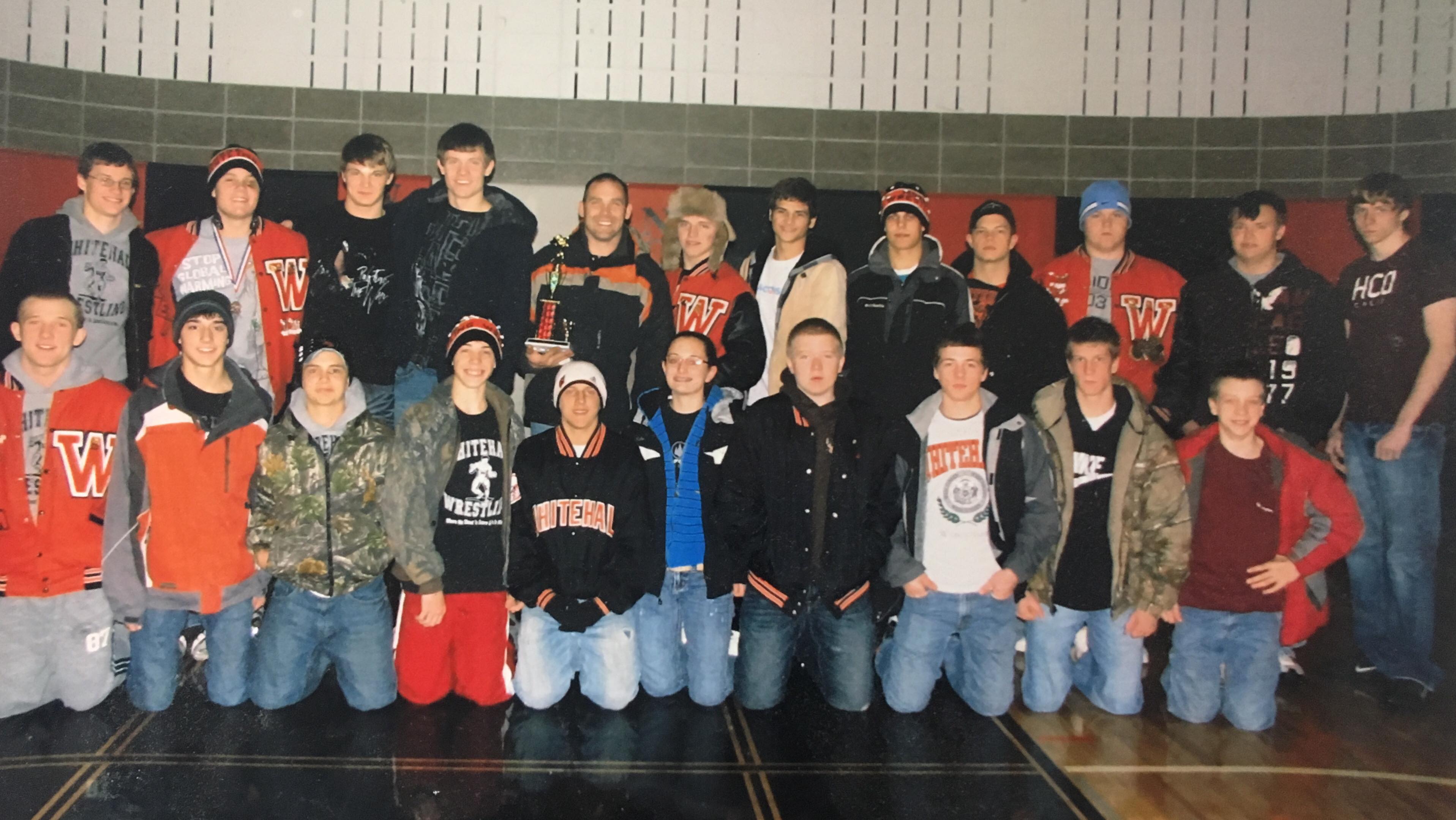 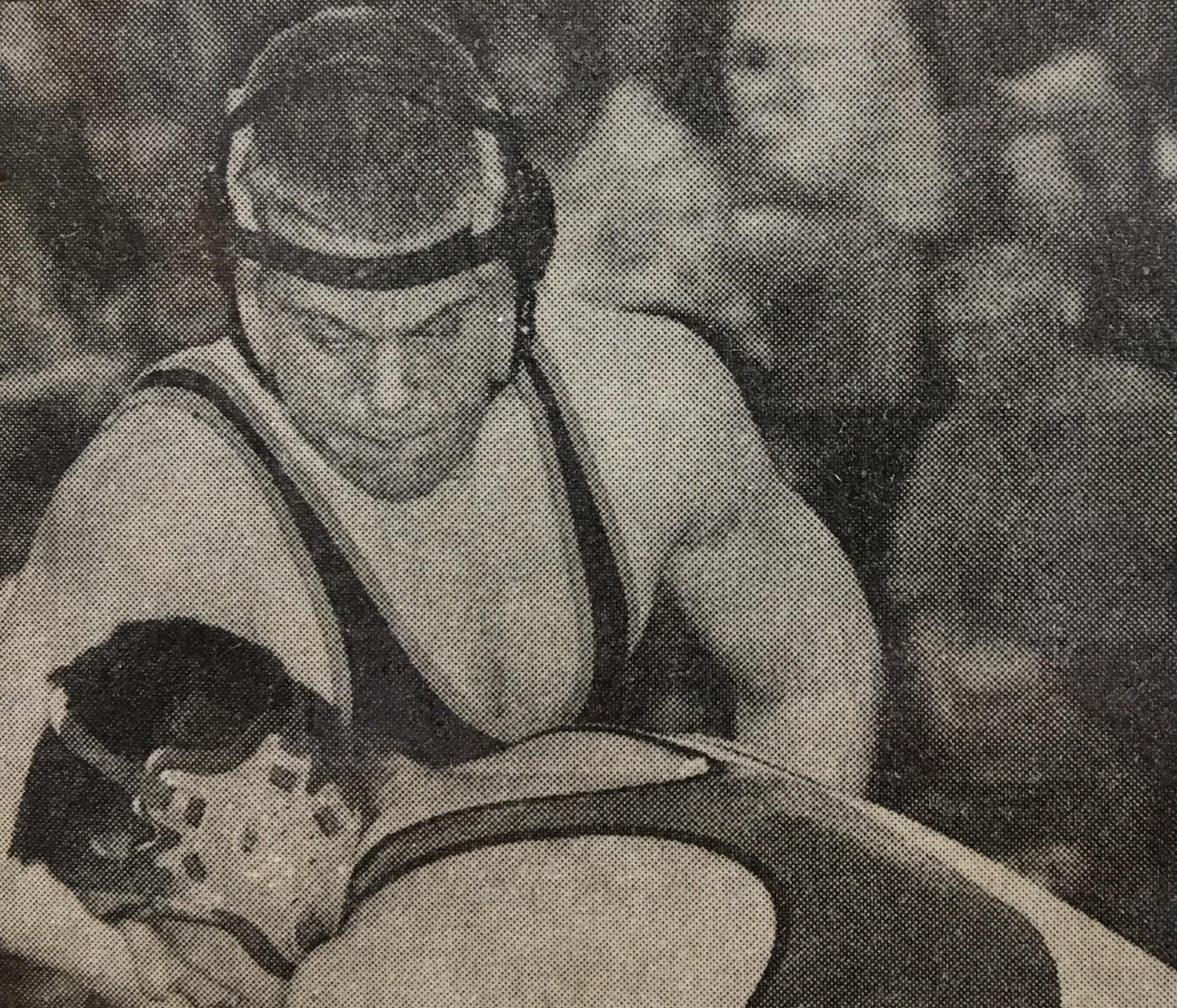 One of the most successful seasons in Norse wrestling history. Coach Peterson's Berserkers and one Sheldmaiden ran the table in the Dairyland conference for a first place finish. They were ranked 12th (Wisconsin Wrestling Online) as a team in the state and went 14 and 2 on the year overall.

This was a scary team at every weight class. They took their lumps the season before and were battle hardened. This was in part due to the multiple wrestling partners unselfishly pushing each other to get better every week. This was a team that understood that every wrestler had an obligation to work hard on each other in the practice room. Iron sharpen Iron.

Assisting Coach Peterson was Coach Gary Klonecki who doubled as the Junior High Coach as well.

The duel season was a tornado of Norse victories that left wreckage all over the region. Wins against Osseo-Fairchild-Augusta-Altoona, Independence, Melrose-Mindoro, C-FC-Alma, Blair-Taylor, Stanley-Boyd, Saint Croix Central, Mondovi, Monomonie, Durand, Onalaska Luther, Eau Claire North, Marathon, and Wausau East made this one of the most productive seasons in Norse Wrestling history.

The success continued in the season tournaments. The Norse placed 5th at Black River Falls, with Luke Schultz, Chad Stellpflug, and Tyler Bortle taking 2nd's. At Arcadia the team took second and Dillon Sylla took home a championship bracket. The Norse took 3rd place at the Ladysmith tournament with Cole Myren taking 1st place from them. In Independence the team also placed 3rd where Myren took a championship bracket and Bortle and Sylla took silvers. At the Durand team duel tournament Whitehall went 5-0 for a first place finish.

Myren represented the Norse well in Madison fighting at #189. His season was ended by a 3-9 by the eventual 5th place finisher Chris Sheskey of Laconia.

This was a team with many talented wrestlers that stepped up when their team needed them. There were consistent match performers in Justin Bloom, Nathan Brown, Jake Humphrey, Caleb Tamke, Jesse Taylor, Joe Sygulla, William Kissinger, and Jake Pientok. There were workhorses who kept the pace up for the team in Nick Koxlien (Son of Alumni Wrestler Huck Koxlien), Payten Frei and Tim Matthews. There were also hero's that stepped up and snatched team victories from the jaws of defeat in Luke Schultz not getting tech falled against the Mustangs, to Jake Humphrey's gutsy pin against Saint Croix Central, to Bortle and Myren wrestling the hammers of Indee and Stanley Boyd to Chuck Moe (winning in Osseo), and Cassie McAnallan going where needed to plug the gaps in the lineup. There were many, many epic stories. All of these wrestlers are special to the Program and to this paramount season.

The best compliment Coach Peterson paid to this team though was how this group conducted themselves in public. They would get compliments from the away schools for cleaning up after themselves, they helped Coach Schmitt put away Indee mats after their tournament. Speaking of Indee there was an all-conference wrestler on that squad that had a 28 win season. Name's Ryan Guza.... Hmm.... Where have we heard that name before.....

Anyway this season was a taste of several great seasons in the future. As dominate as this team was, in two seasons they will deliver Whitehall it's first sectional qualifying team.